Rock Your Next Marketing Event in a Great Music City

America’s musical tradition runs deep. Whatever the genre—from blues to bluegrass, Motown soul to Grunge—it’s emotional and rooted in the want for progress. Many cities across the nation are defined now (and probably forever) by their local sound. And music tourism is hot and rapidly evolving. Just look at massive festivals like Coachella and Glastonbury (whose 200,000 tickets for the 2019 festival sold out in 30 minutes!)

Yet, for B2B events, music continues to be an often neglected part of the program—existing mainly as a backdrop. So field marketers have a real opportunity for edge in this arena. If you’re headed to a great music city for your next event, take advantage of the scene. Here are our suggestions.

Country music is not what it used to be. But to experience the whole spectrum of country, from the outlaw fusion of Willie Nelson to the pop-rock sound of Kacey Musgraves, there’s no better place to do it than The Music City. (Yes, that’s really Nashville’s nickname.) Music is part of Nashville’ cultural makeup, so you’ll be spoiled for choice when it comes to music-themed event venues.

Small: Take a small group to the Johnny Cash Museum, or out to one of Nashville’s many intimate music venues.

Medium: The Country Music Hall of Fame, of course! With different spaces that can accommodate up to 500 people, you’ll find something to suit—and they’ll even book the band.

Large: Playhouse to some of country’s greats, the Ryman Auditorium is also available for corporate events of up to 2,300 guests.

Miami’s spirited Latin vibe comes from its close proximity to the Caribbean and South America—sitting a mere 330 miles from Cuba. With a Hispanic population of more than 70%, this vibrant Metropolis is the U.S. hub for Latin American music production. Among Miami’s unique musical styles are Latin Jazz, Latin Rock, and Conga, with iconic favorites like Gloria Estefan and Enrique Iglesias giving way to Raquel Sofía and hip-hop producers like Nick Leon. So for your next event in the Magic City, take advantage of this rich tradition with creative musicscaping.

Medium: The 1306 Miami is a hot location for music events, and offers a gorgeous and well-equipped setting for corporate groups of up to 400.

Large: For up to 10,000 guests, plan a large-scale event with a full band at the historic Ice Palace.

The 1950s to 60s was arguably the most seismic shift in music of the modern age. And while the Beatles and David Bowie were breaking ground in the rock world, there was something equally magnificent happening in Detroit. It’s the home of Motown and great artists like Marvin Gaye, Stevie Wonder, and Diana Ross. Tourism to the Motor City is now largely corporate, but its entertainment quotient is still off the charts. Check out these musical venues for your next event.

Small: For a small, soulful gathering, customize an event at the Motown Museum.

Medium: Host a mingling cocktail hour at Cliff Bell’s, one of the city’s most historic clubs.

Large: For a great presentation-heavy event, book the Gem Theatre or the Colony Club.

Did Seattle even exist before the 1990s, when Grunge rock made its jagged imprint? It depends on who you ask. For some diehard Gen Xers (and their doting younger siblings), Seattle was built on the afflicted lyricism of Nirvana, Pearl Jam, and Alice in Chains. But before that, Seattle gave us the otherworldly guitar skills of Jimi Hendrix (who is buried nearby), and has since been home to Dave Matthews and Macklemore.

Small: Treat attendees to a group tour of the Museum of Pop Culture (formerly the EMP Museum).

Medium: Host an event of up to 400 guests at The Triple Door with a great mainstage theater for a live show, or Art Marble 21 for groups of up to 600.

Large: Rent the Meydenbauer Center for a classic conference space with a great theatre for main stage presentations—with interludes from local musicians. Or if the weather is favorable, plan a creative event that stretches across the Green River Event Center, and hire some local musicians to play along the walking paths.

If your next field event brings you to one of these magnificent cities, do something music inspired—and let us know how it went!

Banzai partners with marketers to drive the right prospects and customers to attend their events. Our cutting-edge technology takes care of the prospecting, list creation, and outreach to invite and confirm event attendees. Marketing leaders trust Banzai to own the event registration and confirmation process, allowing them to focus on producing a successful, sales-generating event.

Quick Guide to a Great Roadshow

Quick Guide to a Great Roadshow A roadshow is [...]

Jump into 2020 with the Latest Banzai Product Releases

Jump into 2020 with the Latest Banzai Product Releases [...] 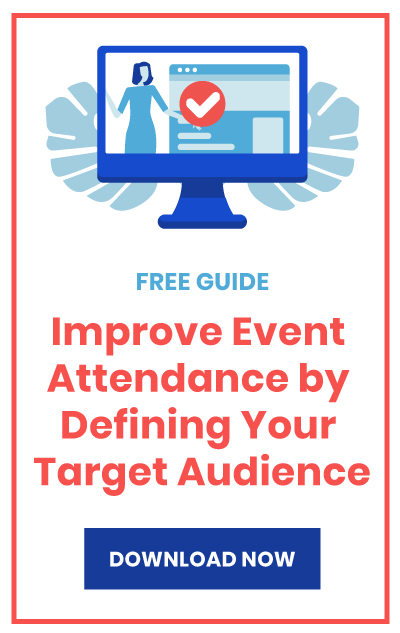